Through the ages, wild Mediterranean oregano oil has been used for a multitude of health concerns. In fact, studies show that oregano oil has amazing capabilities as a natural antibiotic because of two specific compounds – carvacrol and thymol. Both of these compounds demonstrate both broad-spectrum anti-bacterial and anti-fungal properties. As amazing as this is, in this article I want to focus on oregano oil – weight loss and inflammation.

In 2013 an animal study showed that carvacrol, the active component of oregano oil, can actually prevent diet-induced obesity by modulating genes as well as reducing inflammation in white adipose tissue. Carvacrol (2-methyl-5-isopropylphenol) is a monoterpene phenolic constituent of the essential oil produced by numerous aromatic plants and spices such as oregano oil.

The main objective of the study was to investigate the effects of carvacrol in mice fed with a high-fat diet, which is an important model and cause of modern-day obesity, and to study the potential underlying mechanisms focusing on the gene expression involved in adipogenesis, thermogenesis, and inflammation.

Male mice were divided into three groups: 1) those who were fed a normal diet, 2) those fed a high-fat diet,  and 3) those fed with a 0.1% carvacrol-supplemented diet. Bodyweight, visceral fat-pads (known as organ fat or intra-abdominal fat), and biochemical parameters were determined. Adipose tissue (connective tissue that stores fat) genes and protein expression levels were also assessed.  The mice fed with the carvacrol-supplemented diet exhibited significantly reduced body weight gain, visceral fat-pad weights, and plasma lipid levels (triglyceride and cholesterol levels) compared with mice fed with a high-fat diet.  Furthermore, the high-fat-diet-induced up-regulation of adipose tissue genes and protein associated with the signaling cascades that lead to adipogenesis and inflammation but were significantly reversed by dietary carvacrol supplementation.

According to Byron Richards, CCN, “a key part of the weight gain concern for any person is that immune cells start having an inflammatory party within white adipose tissue, attracting even more immune cells and causing progressive inflammation.  This concern locks in the dysfunction of white adipose tissue and contributes to stubborn weight issues.  This is the first study showing that carvacrol can directly improve this difficult concern, helping break a vicious cycle.”

Many of the oils available in today’s market are derived from non-oregano species, such as various types of marjoram as well as species of thyme. Julia Lawless, author of The Encyclopedia of Essential Oils, says that the vast majority of oregano oil is not labeled correctly, because it is derived from thyme, that is Spanish thyme.

You can find oregano oil in health food stores and online. Look for those with an organic source of Wild Organic Mediterranean Oregano with at least 79-80% carvacrol content.  The best oregano oil that I have found and suggest to clients as well as the one oregano oil our family uses is Organic Oregano Oil.


A team of British and Indian researchers reported that the essential oil of Himalayan oregano has strong antibacterial properties that can even kill the hospital superbug MRSA. Professor Vyv Salisbury commented: “We have done a few preliminary tests and have found that the essential oil from the oregano kills MRSA at a dilution of 1 to 1,000. The tests show that the oil kills MRSA both as a liquid and as a vapor and its antimicrobial activity is not diminished by heating in boiling water.” 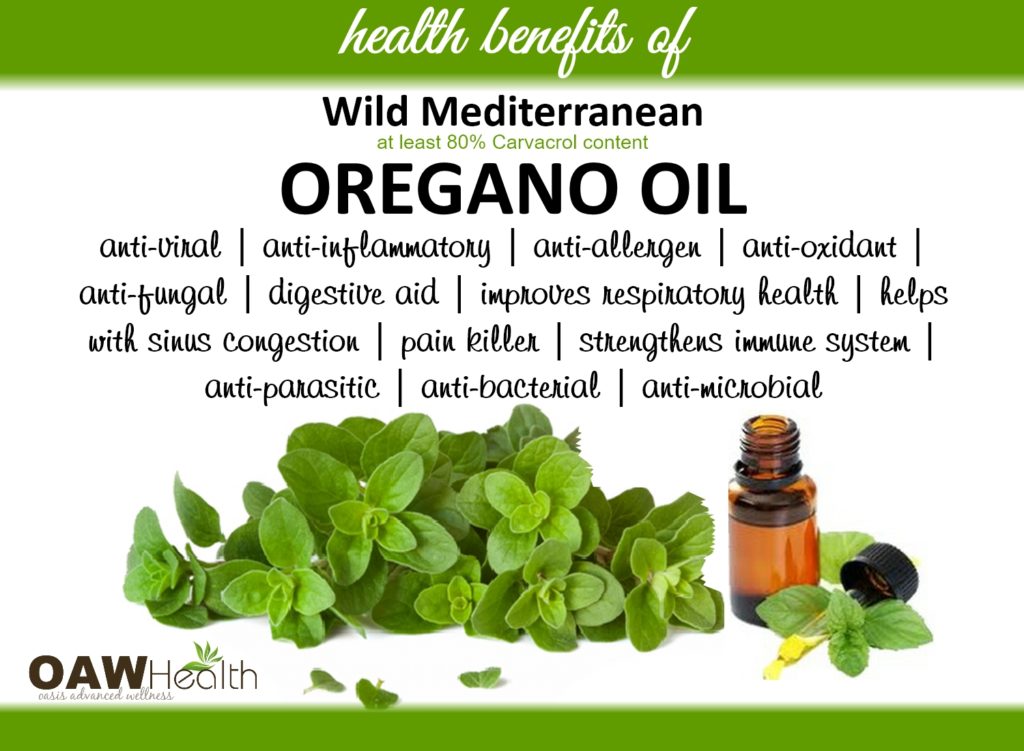 Loretta Lanphier is a Naturopathic Practitioner, Board Certified Traditional Naturopath, Certified Clinical Nutritionist, Holistic Health Practitioner, and Certified Clinical Herbalist as well as the CEO / Founder of Oasis Advanced Wellness in The Woodlands TX. She has studied and performed extensive research in health science, natural hormone balancing, anti-aging techniques, nutrition, natural medicine, weight loss, herbal remedies, non-toxic cancer support and is actively involved in researching new natural health protocols and products.  A 20-year stage 3 colon cancer survivor, Loretta is able to relate to both-sides-of-the-health-coin as patient and practitioner when it comes to health and wellness. “My passion is counseling others about what it takes to keep the whole body healthy using natural and non-toxic methods.” Read Loretta’s health testimony Cancer: The Path to Healing. Loretta is a Contributor and Editor of the worldwide E-newsletter Advanced Health & Wellness.

†Results may vary. Information and statements made are for education purposes and are not intended to replace the advice of your doctor. Oasis Advanced Wellness/OAWHealth does not dispense medical advice, prescribe, or diagnose illness. The views and nutritional advice expressed by Oasis Advanced Wellness/OAWHealth are not intended to be a substitute for conventional medical service. If you have a severe medical condition or health concern, see your physician of choice.Save