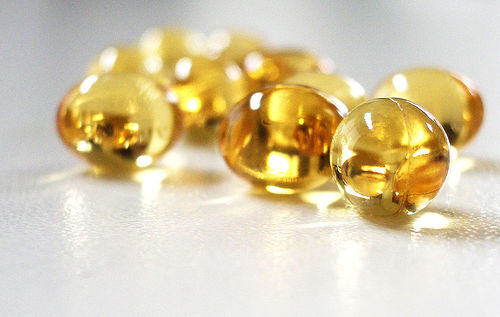 Swedish researchers have discovered that the lower your brain levels of tocopherols and tocotrienols (the entire family of vitamin E) the higher the chance that you will experience mild cognitive impairment or Alzheimer’s disease. The study led by Mangialasche, F. and colleagues from Karolinska Institute in Stockholm, Sweden discovered that among study participants, high serum levels of vitamin E were associated with approximately a 50 percent reduction in the risk of Alzheimer’s disease.  The Swedish researchers analyzed the vitamin E status in 168 people with Alzheimer’s, 166 people with mild cognitive impairment, and 187 cognitively normal people.

The blood samples from the subjects, who were dementia-free at baseline, were analyzed to determine plasma levels of vitamin E (alpha-, beta-, gamma, and delta-tocopherol; alpha-, beta-, gamma-, and delta-tocotrienol).  The subjects were then followed up for 6 years to record any incidents of Alzheimer’s disease.  The risk of Alzheimer’s disease was reduced by 45 percent among participants who had their total tocopherols in the highest tertile, 54 percent among those whose total tocotrienols were in the highest tertile and 45 percent in those who had their total vitamin E in the highest tertile, compared to those in the lowest tertile.

According to another study, Georgia Health Sciences University researchers report in the journal Nature Communications that full-spectrum vitamin E helps repair tears in the plasma membranes that protect cells from outside forces and screen what enters and exits. Vitamin E appears to aid repair in several ways. As an antioxidant, it helps eliminate destructive byproducts from the body’s use of oxygen that impede repair. Because it’s lipid-soluble, vitamin E can actually insert itself into the membrane to prevent free radicals from attacking. It also can help keep phospholipids, a major membrane component, compliant so they can better repair after a tear.

I highly recommend using a full-spectrum form of Vitamin E such as part of a natural Alzheimer’s Disease therapy. Only products that contain the complete vitamin E family–four tocopherols plus four tocotrienols–in their natural unesterified form-provide the full spectrum of benefits of vitamin E.

Vitamin E includes 8 natural compounds (4 tocopherols, 4 tocotrienols) with potential neuroprotective activity. α-Tocopherol has mainly been investigated in relation to cognitive impairment. We examined the relation of all plasma vitamin E forms and markers of vitamin E damage (α-tocopherylquinone, 5-nitro-γ-tocopherol) to mild cognitive impairment (MCI) and Alzheimer’s disease (AD). Within the AddNeuroMed-Project, plasma tocopherols, tocotrienols, α-tocopherylquinone, and 5-nitro-γ-tocopherol were assessed in 168 AD cases, 166 MCI, and 187 cognitively normal (CN) people. Compared with cognitively normal subjects, AD and MCI had lower levels of total tocopherols, total tocotrienols, and total vitamin E. In multivariable-polytomous-logistic regression analysis, both MCI and AD cases had 85% lower odds to be in the highest tertile of total tocopherols and total vitamin E, and they were, respectively, 92% and 94% less likely to be in the highest tertile of total tocotrienols than the lowest tertile. Further, both disorders were associated with increased vitamin E damage. Low plasma tocopherols and tocotrienols levels are associated with increased odds of MCI and AD.