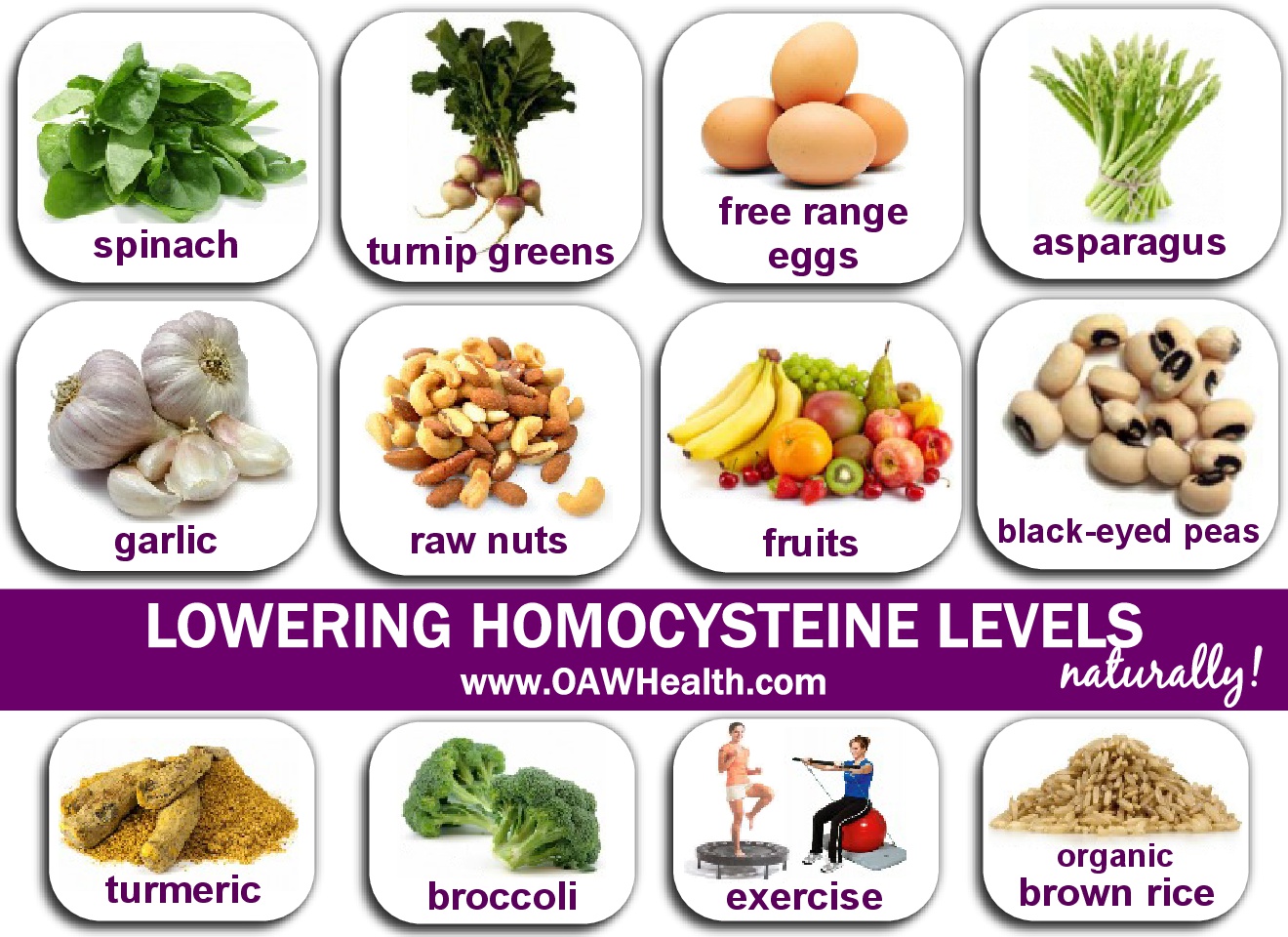 Many people have never heard of homocysteine and don’t know to ask their doctor for a homocysteine blood test as part of a health and wellness check-up. The reason most doctors do not suggest this test is because, currently, there are no patented drugs that are designed to specifically lower blood levels of homocysteine. And those doctors who actually understand the diagnostic value of homocysteine may be reluctant to order a homocysteine level test for their patients because they wouldn’t know what to prescribe for those patients with high levels.

Homocysteine is an amino acid that the body makes from another amino acid called methionine. You obtain methionine from many protein-dense foods including sunflower seeds, eggs, meat and fish.

In the best case scenario, homocysteine is converted into two substances called SAMe (S-adenosyl methionine) and glutathione. Both SAMe and glutathione have health-promoting effects. Specifically, SAMe helps to prevent depression, arthritis, and liver damage. Glutathione is a powerful antioxidant and detoxifying agent that helps to slow down aging. Therefore we see the necessity of the body being able to convert homocystein into SAMe and glutathione.

Health reasons one might have a high homocysteine level are kidney disease, psoriasis and thyroid disease. It has also been recognized that some people have a common genetic variant (called methylenetetrahydrofolate reductase, abbreviated MTHFR) that impairs their ability to process folate. This defective gene leads to elevated levels of homocysteine in some people who inherit MTHFR variants from both parents. There are blood tests available to detect MTHFR variants.

Elevated Homocysteine Levels May Lead to

Many factors can contribute to high homocysteine (Hyperhomocysteinemia) levels:

What is Considered a High Level for Homocysteine?

Homocysteine levels are measured in the blood by taking a blood sample. Normal levels are in the range between 5 to 15 micromoles (measurement unit of small amount of a molecule) per liter. Elevated levels are classified as follows:

Note: Many practitioners believe that the optimal range for homocysteine levels is <8 µmol/L, much lower than the currently accepted <15 µmol/L. Studies indicate that adults with homocysteine values ≥6.3 µmol/L are at increased risk of atherosclerosis (Homocysteine Studies Collaboration), heart attack and stroke (Broxmeyer 2004).

A number of prescription drugs and natural compounds can elevate blood levels of homocysteine by interfering with folate absorption or metabolism of homocysteine. These include:

In summary, high homocysteine levels, if not taken care of, can lead to serious disease. The good news is that the implementation of a very healthy diet and lifestyle changes go very far in supporting your body’s natural healing abilities. Not everyone can or will go cold-turkey and it’s okay to make these diet and lifestyle changes one-step-at-a-time as you climb your own personal nutritional and health ladder. God gave you one mouth and 4-5 (men 4 and women 5) elimination routes, thus your body can be very forgiving…for a time. The key words are “for a time.” It is imperative to understand that everyone has a toxic threshold. If you are already experiencing a chronic disease, I encourage you to begin to make changes as quickly as possible. Chances are you will begin to see some results quickly. Never give up!

Albert CM, Cook NR, et al. Effect of folic acid and B vitamins on risk of cardiovascular events and total mortality among women at high risk for cardiovascular disease: a randomized trial. JAMA. 2008;299:2027-2036.

McKillop DJ, Pentieva K, et. al. The effect of different cooking methods on folate retention in various foods that are amongst the major contributors to folate intake in the UK diet. British J Nutr. 2002;88:681–688.

Oterino A, Toriello M, et al. The relationship between homocysteine and genes of folate-related enzymes in migraine patients. Headache. 2010;50:99-168.

Wierzbicki AS. Homocysteine and cardiovascular disease: a review of the evidence. Diab Vasc Dis Res. 2007;4:143-150.