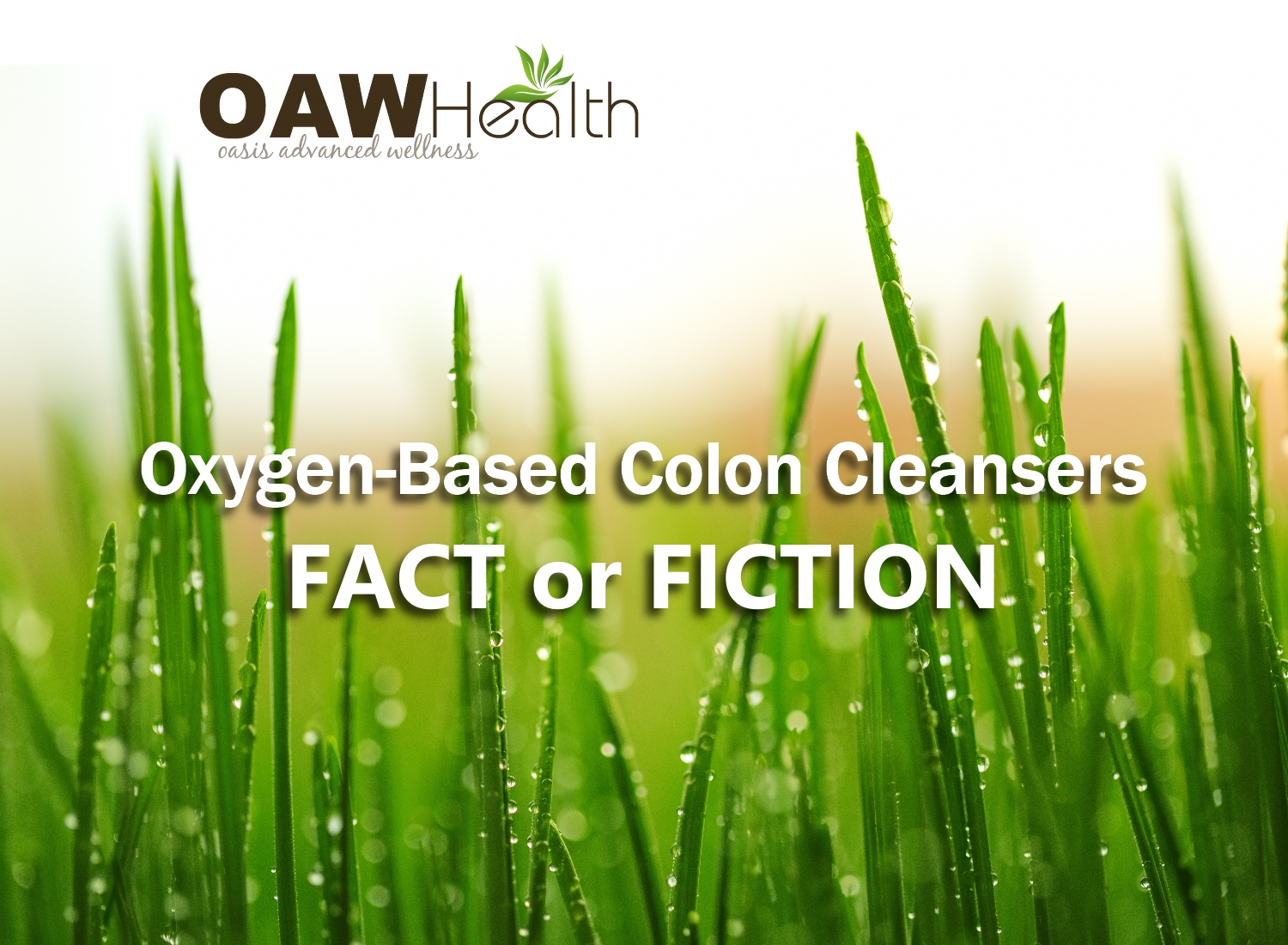 The importance of keeping the gut clean and supported is finally becoming more accepted, even from the perspective of conventional medicine. Science is confirming the definite health connection between the gut and the brain. As recent as ten years ago, most medical professionals would have never made this connection, much less recommended colon cleansing as something needed for proper gut health. Yes, we still have a long way to go with conventional medicine’s acceptance of the need for intestinal cleansing, but we see a move in the right direction.

In one form or another, oxygen-based colon cleansers have actually been available for a long time. They were used mainly by those who understood the benefits of oxygen in the body and keeping the digestive tract clean and supported. Skeptics often comment that oxygen-based cleansers produce results only because of magnesium’s laxative effect; however, they are missing the forest for the trees. And that is, again, the importance of the oxygen that is released to help melt fecal material and clean the entire bowel.

How do Oxygen-Based Colon Cleansers Work?

Properly formulated oxygen-based colon cleansers contain magnesium oxide, an element of magnesium bound to oxygen. When consumed, the stomach’s hydrochloric acid reacts with this oxygenated magnesium. This promotes the slow release of oxygen throughout the body and results in the softening of fecal matter. Probiotics in the gut are strengthened by this oxygen supply, further increasing the intestinal and digestive benefits. The magnesium found in oxygen-based cleansers also produces an osmotic effect in the intestinal tract, attracting water that flushes the entire system from waste.

By using oxygen-based colon cleansers, the friendly bacteria are fed with the oxygen needed to create a stable bowel environment. Oxygen will also oxidize and clean the entire bowel, relieving constipation and compaction. When you take oxygen-based colon cleansers, you also raise the level of ORS (Oxygen Reactive Species), which causes a stimulation of lymphocytes to produce T-cells. This process promotes a strengthened immune system.

It’s important to understand that you shouldn’t take oxygen-based colon cleansers every day unless you are performing a 5-7 day cleanse; however, you should always take a good probiotic and digestive enzyme formula to enhance the effectiveness of oxygen-based cleansing.

All Oxygen-Based Colon Cleansers are not Created Equal

Magnesium oxide holds oxygen but does not release oxygen very well unless properly assisted. The proper combination of vectors to hold and deliver oxygen effectively must be carefully chosen. The magnesium acts as a carrier of the oxygen to transport it through the intestinal lining, kidneys, bladder, and intestines. What is not wanted is a form of magnesium that can be completely assimilated; that is not the purpose.

The purpose of stabilizing oxygen is to deliver monatomic oxygen using a timed-release process. Many believe in the misconception that the gut is home to all anaerobic organisms. Digestive disease actually starts with the misuse of antibiotics, which kills friendly bacteria in addition to harmful organisms. In actuality, friendly bacteria are facultative (can thrive in both aerobic and anaerobic environments) strains mostly anaerobic (without oxygen) but will also flourish in an aerobic condition. The friendly bacteria in the bowel secrete hydrogen peroxide as a by-product and can live in a high oxygen exposure spectrum. They will also fight for the bad bacteria’s receptor sites or the bad organisms concentrating themselves in the bowel.

Each bug or harmful organism picks its own environmental pH to live in. The body needs a good colony of probiotics thriving from the stomach all the way down through the colon. Ideally, the friendly bacteria should fight the unfriendly bacteria and secrete hydrogen peroxide as a by-product within the bowel.

What to look for in Oxygen-Based Colon Cleansers

Is oxygen being released?

A titration test must be used and will show if oxygen is being released and for how long it is released. The best oxygen-based colon cleansers will release oxygen for at least 18 hours in testing.

How aggressively is the oxygen being released?

Does the product contain ascorbic acid?

Be aware of so-called oxygen-based colon cleansers that contain ascorbic acid. Ascorbic acid is a strong antioxidant, which will neutralize any benefits of oxygen release.

Make sure that all ingredients are natural and/or organic and not full of binders and fillers.

My Recommendation for the Most Effective Oxygen-Based Colon Cleanser

For the following reasons, the oxygen-based colon cleanser that I highly recommend and use personally is Oxy-Powder®:

While unhealthy eating is often soothing, that feeling that you get is always short-lived. However, it has a lasting effect on your health – often with undesirable results. Your health is impressionable and will react to what you put into your body. Because of this, it’s important to nurture your health just as you would a young child. Be good to yourself and give yourself the time needed to get well-defined on what you really want. Weight loss? Clear, vibrant skin? Increased energy levels? Mental alertness? Good health? Disease prevention? The ability to watch your kids or grandkids grow up? All of the above? Write your goals down and view them every day. Watch for opportunities when you’re presented with a chance to choose a way of eating or living that will help you get even closer to your goals. Take some time to think about how purposely selecting a healthier route is going to serve your greatest goals. I know you can achieve good health and well-being…go write down your health goals and begin reaching them…today.

Loretta Lanphier is a Naturopathic Practitioner, Board Certified Traditional Naturopath, Certified Clinical Nutritionist, Holistic Health Practitioner, and Certified Clinical Herbalist as well as the CEO / Founder of Oasis Advanced Wellness in The Woodlands TX. She has studied and performed extensive research in health science, natural hormone balancing, anti-aging techniques, nutrition, natural medicine, weight loss, herbal remedies, non-toxic cancer support and is actively involved in researching new natural health protocols and products.  A 20-year stage 3 colon cancer survivor, Loretta can relate to both-sides-of-the-health-coin as patient and practitioner regarding health and wellness. “My passion is counseling others about what it takes to keep the whole body healthy using natural and non-toxic methods.” Read Loretta’s health testimony Cancer: The Path to Healing. Loretta is a Contributor and Editor of the worldwide E-newsletter Advanced Health & Wellness. Check out Oasis Advanced Wellness and our natural skincare site Oasis Serene Botanicals.