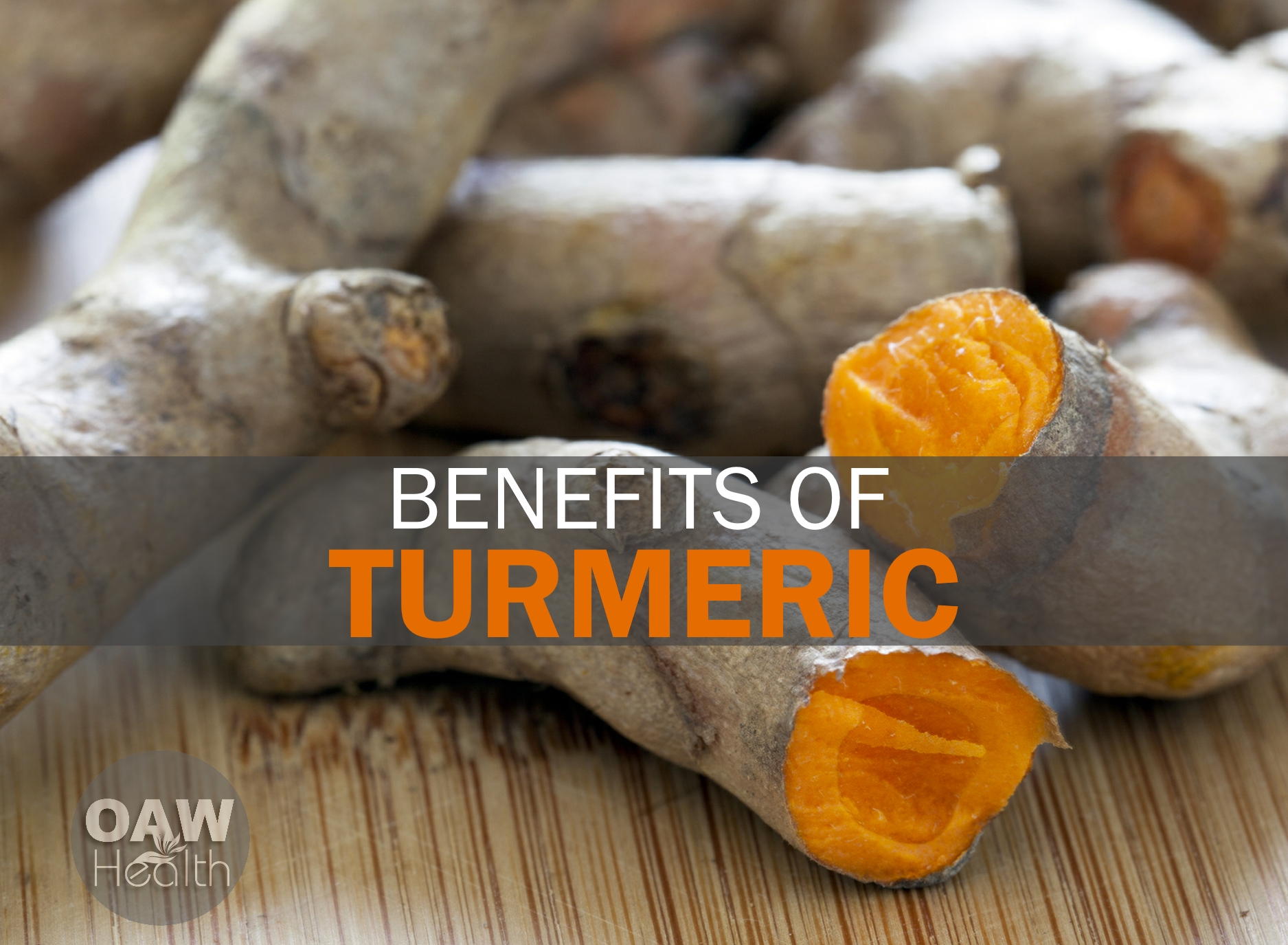 If I had to pick only one supplement to take, turmeric would most likely be my first choice simply because the many health benefits of turmeric are important to whole-body health. A plethora of studies conclude that turmeric root can have a noteworthy effect on neurological, metabolic, cardiovascular, and cellular health. It may even assist your thyroid and boost longevity.

Turmeric is a herb that comes from the root of the Curcuma longa plant. It has long been recommended as a potent anti-inflammatory in both Chinese and Indian medicine. The many health benefits of turmeric are owed to curcumin, which is the natural compound that gives turmeric its beautiful golden color. Traditionally named “Indian saffron” because of its deep golden color, turmeric has, historically, been used as a condiment, healing remedy, and textile dye. Turmeric is best known as one of the ingredients in curry, which also gives mustard its bright yellow color. Harvested for more than 5,000 years, turmeric is native to Indonesia and southern India. It has also served an essential role in many traditional cultures throughout the East and considered a necessary member of Ayurvedic pharmacopeia.

Studies suggest that curcumin, which is the biologically active constituent in turmeric, protects against Alzheimer’s disease by turning on a gene that codes for the production of antioxidant proteins. A study published in the Italian Journal of Biochemistry (December 2003) discussed curcumin’s role in the induction of the heme oxygenase pathway, a protective system that, when triggered in brain tissue, causes the production of the potent antioxidant bilirubin, which protects the brain against oxidative (free radical) injury. Such oxidation is a significant factor in aging and responsible for neurodegenerative disorders, including dementias like Alzheimer’s disease. Another study conducted jointly by an Italian and U.S. team and presented at the American Physiological Society’s 2004 annual conference in Washington, DC, confirmed that curcumin strongly induces expression of the gene, called hemeoxygenase-1 (HO-1) in astrocytes from the hippocampal region of the brain.

The most active ingredient in turmeric root, bisdemethoxycurcumin, boosts the activity of the immune system in Alzheimer’s patients, helping them to clear the amyloid-beta plaques characteristic of the disease. In healthy patients, immune cells called macrophages, which engulf and destroy abnormal cells and suspected pathogens, efficiently clear amyloid-beta, but macrophage activity is most likely suppressed in Alzheimer’s patients.

Using blood samples from Alzheimer’s patients, Drs. Milan Fiala and John Cashman have shown that bisdemethoxycurcumin boosts macrophage activity to normal levels, helping to clear amyloid-beta. They also found that bisdemethoxycurcumin was more effective in promoting the clearance of amyloid-beta in some patients’ blood than others, which hints that a genetic element is possibly involved. More studies showed the genes involved are MGAT III and Toll-like receptors, which are also responsible for several other vital immune functions. Bisdemethoxycurcumin enhances the transcription of these genes, correcting the immune defects seen in Alzheimer’s patients. Proc Natl Acad Sci U S A. 2007 Jul 31;104(31):12849-54.


With more and more research, we are finding out that fungal issues can cause or add to many illnesses and diseases. While many herbs, vegetables, and fruits have anti-fungal properties, turmeric is proving to provide a more significant punch than most.

In a recent study from the European Journal of Pharmacology, research indicates that the primary polyphenol in turmeric known as curcumin is the best way to fight cancers that present a fungal element.

“Curcumin and its promise as an anticancer drug: An analysis of its anticancer and antifungal effects in cancer and associated complications from invasive fungal infections,” addresses the genuine concern of invasive fungal infections, as a relevant cause of morbidity and mortality, in those with cancer. The study states, “Effective anti-infection therapy is necessary to inhibit significant deterioration from these infections. However, they are difficult to treat, and increasing antifungal drug resistance often leads to a relapse.” The authors of this study propose curcumin may offer an excellent natural alternative:

“Curcumin, a natural component that is isolated from the rhizome of Curcuma longa plants, has attracted great interest among many scientists studying solid cancers over the last half century. Interestingly, curcumin provides an ideal alternative to current therapies because of its relatively safe profile, even at high doses. To date, curcumin’s potent antifungal activity against different strains of Candida, Cryptococcus, Aspergillus, Trichosporon and Paracoccidioides have been reported, indicating that curcumin anticancer drugs may also possess an antifungal role, helping cancer patients to resist invasive fungal infection related complications. The aim of this review is to discuss curcumin’s dual pharmacological activities regarding its applications as a natural anticancer and antifungal agent. These dual pharmacological activities are expected to lead to clinical trials and to improve infection survival among cancer patients.”

The study also explains that conventional cancer therapies tend to result in damage to the cancer patient’s immune system, which then can contribute to fungal overgrowth. Conventional drugs recommended for fungal infections can cause deliberate harm to the liver and kidneys of cancer patients as well as leading to the development of more aggressive, treatment-resistant fungal infections.

Turmeric’s antioxidant capacities partly play a primary role in its ability to help the body fight off or defeat viruses that attack the body. This is accomplished by elevating the body’s antioxidant enzymes, which provides a counterpunch to free radicals and aiding in the activation of the body’s own antioxidant devices.

Below are several viral infections that turmeric can help to suppress. Viruses can invade our cells by injecting their genetic material and reproducing. This turns the invaded cells into host organisms which can then cause infections:

In the lab (test tubes) curcumin inhibited the following viruses:

The information above is for educational purposes only. The current coronavirus outbreak is ongoing, and specific information may change as new details are proven. Currently, there are no effective or FDA-approved products available for the treatment of the new coronavirus (also known as SARS-CoV-2 or 2019-nCoV); as of this date, research is still ongoing.

An Important Issue With Turmeric

For all its many health benefits, turmeric does have one issue. The golden spice has difficulty in its bioavailable to the body. In a nutshell, your body can only use a tiny portion of the turmeric consumed. As such, the low absorption levels of curcumin does not allow your body to make full use of the healing properties of turmeric. However, there is an easy way to heighten turmeric’s bioavailability by adding black pepper to turmeric. 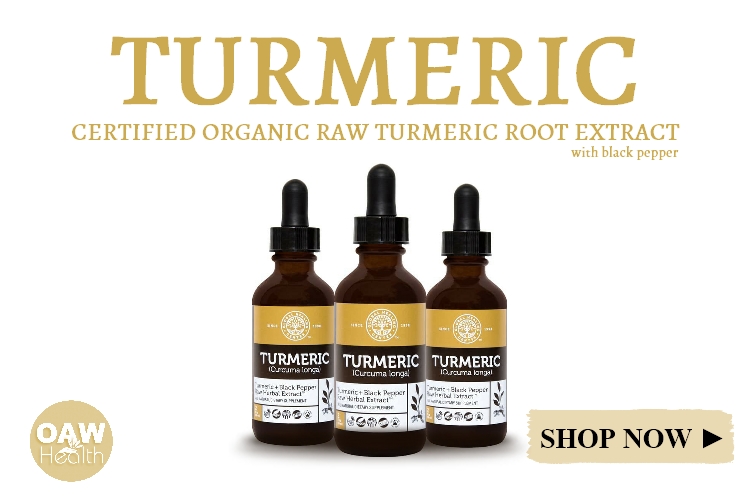 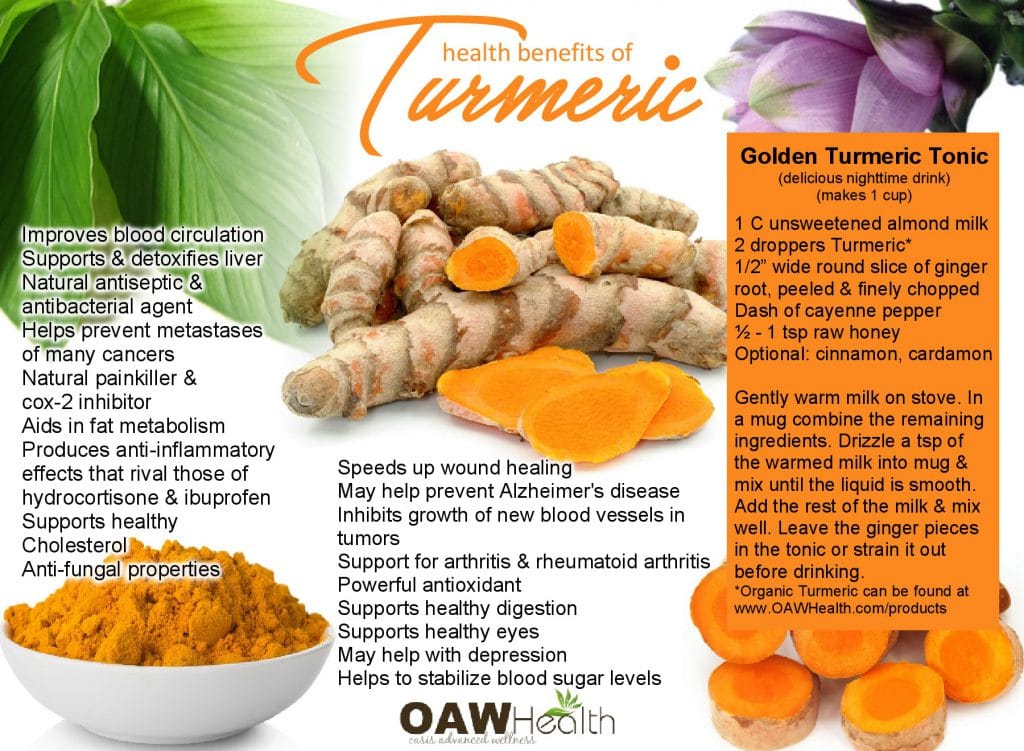 Your liver’s ability to clear LDL-cholesterol is essential. You can help out your liver by using turmeric to spice up sautéed onions, potatoes, and/or cauliflower or as the main flavor for a creamy vegetable dip. Mix plain organic yogurt with a little omega-3-rich mayonnaise and turmeric, salt, and pepper to taste. Serve with raw veggies such as cauliflower, celery, sweet pepper, jicama, and broccoli florets. Always choose organic turmeric rather than prepared curry blends. Recent research indicates the amount of turmeric (and therefore curcumin) in curry blends is often minimal. (Tayyem RF et al., Nutr Cancer)

Another way to incorporate the health benefits of turmeric in your healthy diet is to cut cauliflower florets in half, and healthy sauté with a generous spoonful of turmeric for 5 minutes. Remove from the heat and toss with cold-pressed olive oil, salt, and pepper to taste.

Loretta Lanphier is a Naturopathic Practitioner, Board Certified Traditional Naturopathic, Certified Clinical Nutritionist, Holistic Health Practitioner, and Certified Clinical Herbalist as well as the CEO / Founder of Oasis Advanced Wellness in The Woodlands TX. She has studied and performed extensive research in health science, natural hormone balancing, anti-aging techniques, nutrition, natural medicine, weight loss, herbal remedies, non-toxic cancer support, and is actively involved in researching new natural health protocols and products.  A 20-year stage 3 colon cancer survivor, Loretta is able to relate to both-sides-of-the-health-coin as patient and practitioner when it comes to health and wellness. “My passion is counseling others about what it takes to keep the whole body healthy using natural and non-toxic methods.” Read Loretta’s health testimony Cancer: The Path to Healing. Loretta is Contributor and Editor of the worldwide E-newsletter Advanced Health & Wellness.