Your Appendix Is Not Useless 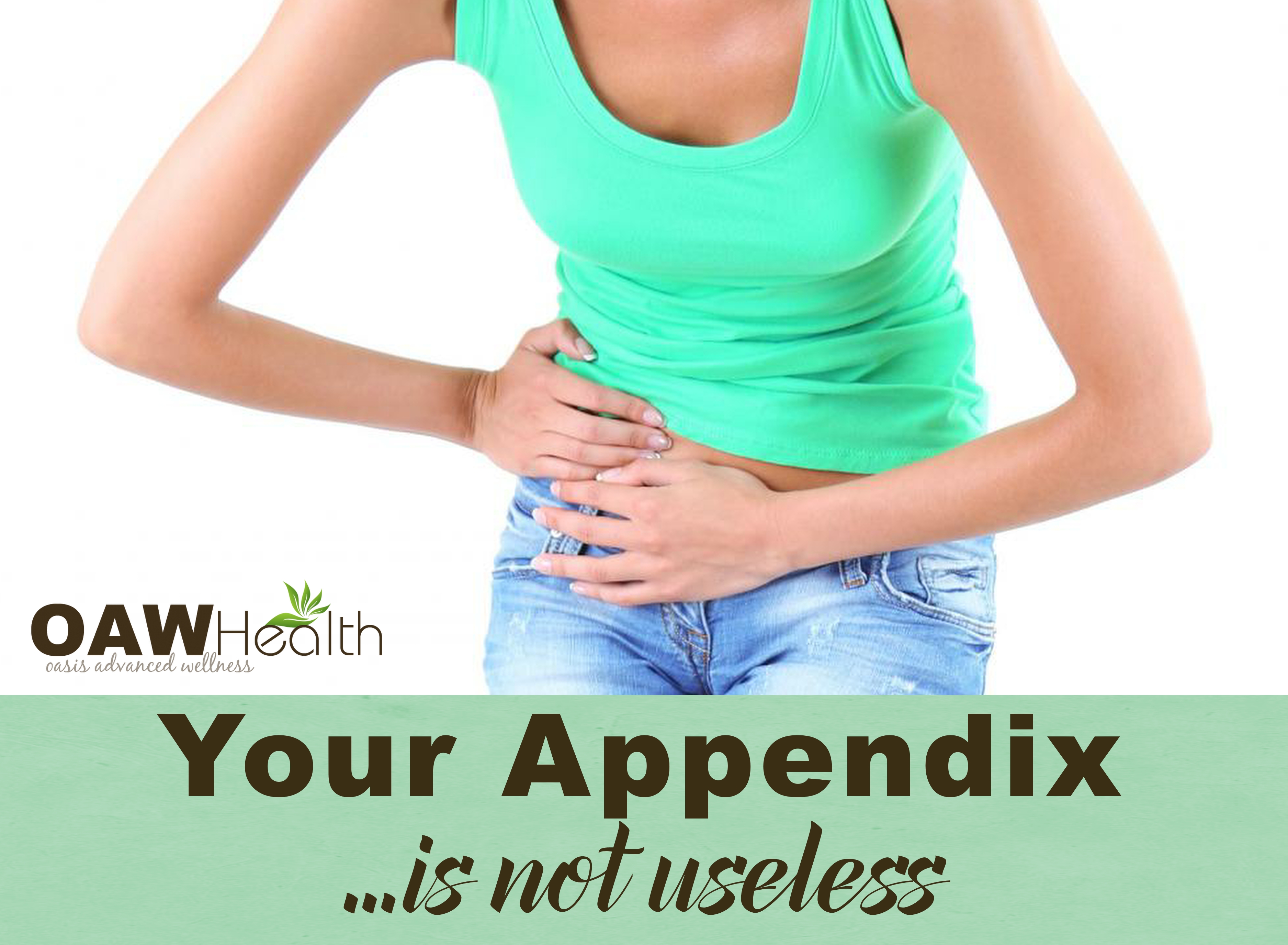 Ask almost anyone which body organ they believe is basically useless and likely a high percentage of people will say the appendix. And, of course, that’s exactly what we’ve been told by the medical community. When we hear of someone getting their appendix out, most of us think something along the lines of “at least they don’t need their appendix. However, your appendix is not useless and let’s see why.

It’s really time to rethink the health importance of the tiny worm-like organ located on the right side of the lower abdomen. It’s the organ that no one pays too much attention to until it becomes infected, painful and must be removed surgically.

Those who believe in Darwinism have theorized that the appendix is an archaic organ, which became useless millions of years ago as diet changed. In my opinion, we are being naïve to believe that the appendix has absolutely no purpose. Why would our Creator place an organ in the body that is useless?

Your Appendix is Not Useless: A Natural Reserve for Beneficial Bacteria

Researchers at Duke University Medical Centre in North Carolina believe after an individual experiences a severe bout of cholera or dysentery, which can purge the gut of good bacteria essential for digestion, the appendix acts as a reserve for good bacteria to emerge.

Professor Bill Parker, professor of surgery at Duke, suggests that the appendix could be useful to the ‘good’ bacteria in our intestinal system by helping to ensure that it works correctly. The body contains trillions of cells and houses around 10 times that number of micro-organisms, most of which are found in the digestive tract. Our body has a symbiotic relationship with these organisms; they use our energy by digesting our food, and in return these ‘good’ bacteria help to prevent the spread of harmful bacteria — vital to the health of our digestive tract where 75-80% of our immune system is located. It is also important to note that the intestines have also been called the second brain of the body.

Although Parker’s theory sounds like good science, there has not been much in the way of supporting data. Until now.

Your Appendix is Not Useless: The Appendix & Intestinal Infections

James Grendall, chief of the division of Gastroenterology, Hepatology and Nutrition, at Winthrop University-Hospital, led a study that seemingly backs-up Professor Parker’s theory. Grendall’s study included 254 patients each of whom had a history of intestinal infections caused by Clostridium difficile, a deadly pathogen (often encountered in hospitals), particularly when these patients were treated by prolonged courses of antibiotic therapy. C. diff., as it is commonly called, does not seem to compete well with the native friendly eco-system of most people’s intestinal tracts; however, when the native friendly eco-system is depleted (can happen after several rounds of antibiotic therapy) C. diff. will try to take over. Patients that remain on antibiotic therapy for long periods of time usually suffer from depletion of the good bacteria in their intestinal tract which makes it more difficult for the immune system to fight off invading bad bacteria.

So let’s go back to Professor Parker’s theory. According to his theory, patients that still have their appendix should have a much better chance of fighting off the C.diff by producing and sending more of the good bacteria into the intestinal tract. On the other hand, those who have had their appendix removed should be unable to release more protective bacteria stored in the appendix to replenish the gut, allowing the bad bacteria can take over.

What actually happened was amazing. Out of the 254 patients in the study, those who did not have an appendix and consequently the bacteria stored there, were two times as likely to have a recurrence of the Clostridium difficile. Recurrence was likely to occur in 45% of cases when there was no appendix, compared to only 18% recurrence in individuals who did have one.

What many do not know is that the lining of the appendix is also rich in infection-fighting lymphoid cells that accumulate shortly after birth and then rises in our 20’s and 30’s and then begins to decrease during the aging process. This lymphatic tissue encourages the growth of beneficial gut bacteria.

Even though it is reasonable to suggest that the appendix plays a very important role in protecting and aiding good bacteria in the intestinal tract, Professor Bill Parker says that this does not mean we should cling onto our appendices at all costs. “It’s very important for people to understand that if their appendix gets inflamed, just because it has a function does not mean they should try to keep it in,” he explained. Centers for Disease Control and Prevention studies indicate that around 300 to 400 Americans die from appendicitis every year.