One of the most abundant minerals in the human body is magnesium and at least 50% of magnesium is located in your bones. Magnesium is also a crucial cofactor for over 600 biochemical reactions in your body including the metabolism of food, the transmission of nerve impulses, the synthesis of fatty acids and proteins, muscle movements, nerve function maintenance, preserving optimal immune system function, protecting a healthy heartbeat, gene maintenance, and protein formation. As you can see, this makes adequate magnesium levels very important to your health. In fact, researchers have currently found 3,751 magnesium-binding sites on human proteins, indicating that the role of magnesium in human health and disease may have been tremendously underestimated. Let’s look at some of the symptoms of magnesium deficiency.

The current RDA (Recommended Daily Allowance) for magnesium is 310-320 milligrams (mg) for adult women, and 400-420 mg for adult men. However, the average intake of magnesium among Americans is about 100 mg below these recommended levels making most Americans deficient in adequate magnesium levels.

Dr. Carolyn Dean, a medical and naturopathic doctor says that consuming even the RDA amount is only “just enough to ward off outright deficiency.” If you’re deficient, you are likely at a higher risk of type 2 diabetes than normal. It’s also important to remember that for your body to use calcium effectively, you must have adequate magnesium as a cofactor. Unfortunately there are literally millions of people downing calcium supplements without added magnesium and thus experiencing, at best, minimal improvement. A good formula to remember is that the body must have absorbable calcium to make muscles contract and it must have absorbable magnesium to make muscles relax. Calcium and magnesium act together as a pigeon-pair.

Those most likely to suffer from low blood levels of magnesium include senior adults as well as those who consume diuretic medications, which can increase the excretion of magnesium.

Higher magnesium intake reduces risk of impaired glucose and insulin metabolism and slows progression from pre-diabetes to diabetes in middle-aged Americans. The researchers commented, “Magnesium intake may be particularly beneficial in offsetting your risk of developing diabetes, if you are high risk.”

In addition, a meta-analysis of seven studies showed that for each 100 milligrams (mg) of magnesium consumed in a day, the risk of diabetes is decreased by 15 percent. Those researchers concluded, “Magnesium intake was inversely associated with incidence of type 2 diabetes.”

A meta-analysis of 13 studies conducted in 2011 similarly found “further evidence supporting that magnesium intake is significantly inversely associated with risk of type 2 diabetes in a dose-response manner.”

In a review of three studies of over 85,000 women and 42,000 men, individuals who consumed adequate magnesium levels lowered their risk of developing diabetes more than 30 percent during the next 12 to 18 years compared to those who consumed the least amount. The studies suggest that adequate magnesium levels influence the action of insulin in the body. And a lack of magnesium may worsen insulin resistance, triggering the onset of diabetes.

One 2013 study involving pre-diabetics found that most had inadequate magnesium intake. Those with the highest magnesium intake reduced their risk for blood sugar and metabolic problems by 71 percent!

In a large Japanese study (the Hisayama Study) published in Diabetic Medicine in 2013, researchers found magnesium intake was a significant protective factor against type 2 diabetes in the general Japanese population, especially among those “with insulin resistance, low-grade inflammation, and a drinking habit.

In January 2004, researchers at the Harvard School of Public Health reported a significant correlation between magnesium intake and risk of Type II diabetes. Their report was the result of two large scale, long term studies following over 170,000 health professionals and evaluating diet and its impact on disease: The Nurses’ Health Study and the Health Professionals’ Follow-up Study.

A new meta-analysis released in May, 2017 pooled data from 11 studies with results indicating that dietary supplementation with magnesium may reduce levels of inflammatory markers. Researchers from Iran, Australia and Mexico focused on the CRP (C-Reactive Protein) which is an inflammatory marker. Results of this meta-analysis indicated that magnesium supplementation reduces CRP levels among individuals with inflammation. This finding suggests that magnesium supplements may have a beneficial role as an adjuvant for the management of low-grade chronic systemic inflammation.

Magnesium supplementation was not found to significantly affect plasma concentrations of CRP. However, when the analysis was focused on those with already elevated CRP levels, a significant reduction of CRP values was observed. The difference between subgroups was statistically significant. 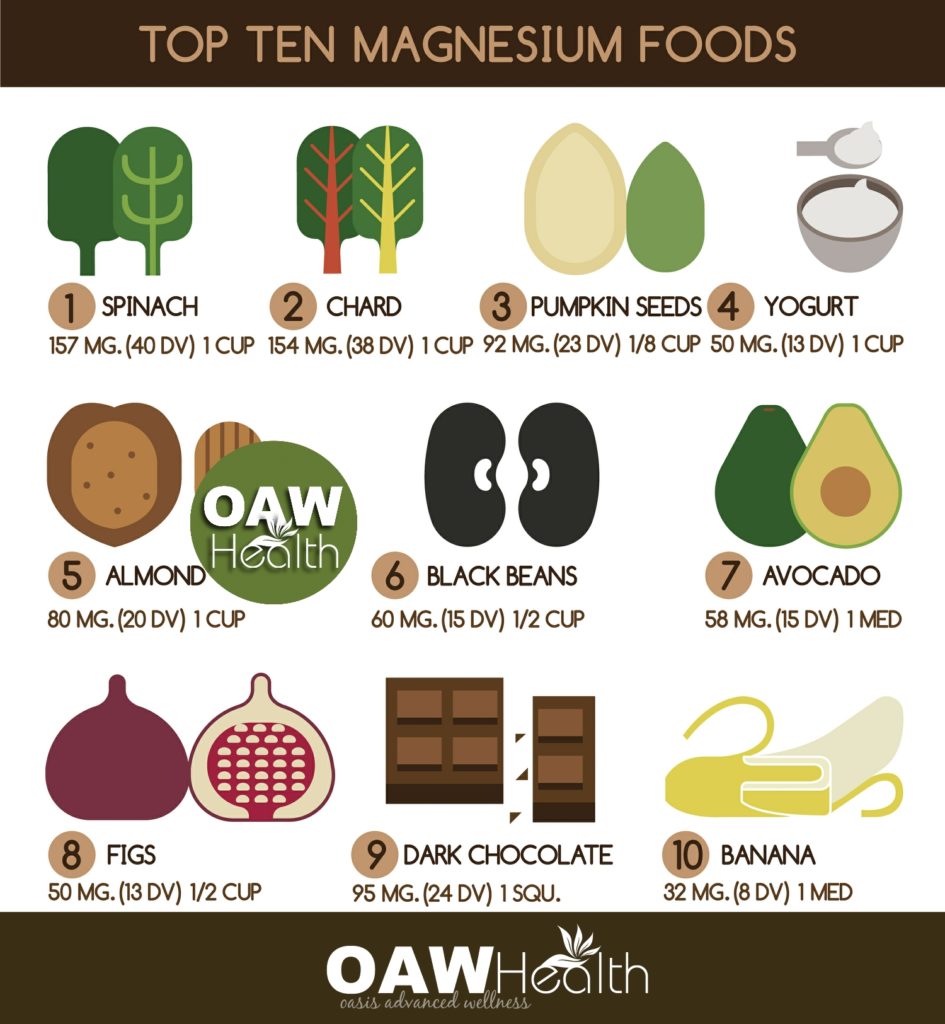