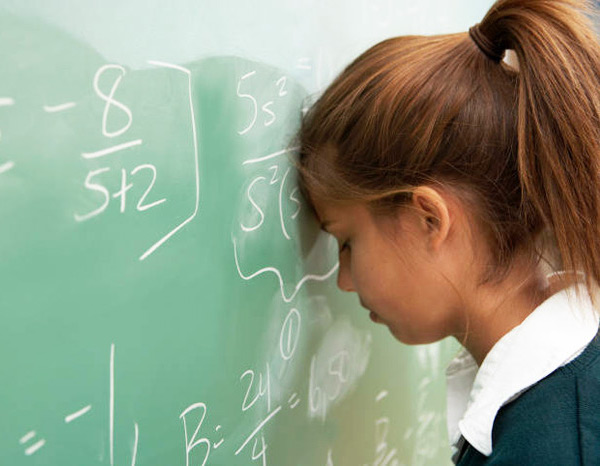 Most everyone knows children who seem to be unable to sit still for more than a few seconds. They are constantly operating at a level of intensity that can wear us out just watching them!  While some of this can be written off to “youthful exuberance,” in some cases it seems that it goes beyond the norms of a high-energy child. And what about the guy at the office that never seems to be able to settle down and concentrate on the task at hand? He jumps from one thing to the next, and never completes anything he takes on. He seems to be a very bright man, but what causes all of these patterns that drive him and everybody else a little crazy? Both of these individuals could be suffering from a psychological disorder known as Attention-Deficit/Hyperactivity Disorder.

What is Attention-Deficit/Hyperactivity Disorder?

Attention-Deficit/Hyperactivity Disorder (ADHD) is a chronic development disorder, or group of disorders, that begins in childhood and may carry on into adult life for many people. It is associated with impulsive behaviors, distractibility, inability to focus on tasks, and hyperactivity. ADHD can have negative effects on many aspects of life, including self-image, interpersonal relationships, and school or work performance.

ADHD is currently the preferred term for this illness, but it has gone by other names such as hyperkinetic disorder (HKD), attention-deficit disorder (ADD), hyperactivity, and minimal brain dysfunction. ADHD may appear in toddlers as young as 2 or 3, even though it is difficult to definitively identify at that age. It is estimated that ADHD affects nearly 9% of all U.S. children (1), and approximately 50% of cases remain active into the patient’s adult years. Hyperactivity seems to dissipate for most people as they enter adulthood, but impulsive tendencies and inattention problems typically remain, and may even worsen. ADHD is much more common in boys than in girls. In order to warrant a legitimate diagnosis of ADHD, even in adults, the symptoms must have been present before the age of seven.

What are the Symptoms of ADHD?

The typical symptoms of ADHD are generally put into three main classifications:  Inattention, hyperactivity, and impulsivity. Many of these are shared by both children and adults, with a few noticeable differences. Kids generally exhibit the following:

The symptoms in adults with ADHD are usually a bit more subtle and internally subjective. For example, instead of running around in a frenzy, an adult patient might struggle with disorganized thoughts, or have a hard time sitting for long periods of time at the office, or may tend to interrupt others or be impatient and demanding in relationships. This can often cause problems in marriages and on the job. One of the most frustrating things that many adult ADHD patients have shared is that they often have been puzzled most of their lives by their own behavior. Nothing ever seems to go as well as hoped, and there is no apparent reason for it. Sometimes the “inattention” symptoms get worse in adults the older they get, because their lives seem to get exponentially more complicated as time goes on.

While we’re on the subject of adults with ADHD, here are a few tips that have helped some people to better cope with their illness:

What Complications can Result from ADHD?

If ADHD is not dealt with constructively, other behaviors and conditions may arise. Many of these can be avoided if there is intervention in the earlier stages of ADHD. Common complications include Oppositional defiant disorder (ODD), conduct disorder, learning disabilities, Tourette’s syndrome, depression, substance abuse and being accident prone.

The exact cause of ADHD is not fully understood, but some of the dynamics of the disease are becoming clearer as research continues. The most likely culprit is structural changes in the brain. Several factors have been identified:

What Treatments are Available for ADHD?

The most common mainstream solution is to pump children (and adults) with drugs that are supposed to help alleviate the symptoms. I feel strongly that this is a big mistake, and a very irresponsible way for the healthcare industry to deal with ADHD.  The risks far outweigh any potential benefits as far as I am concerned. The results are often not impressive, and the side effects are frightening from many of these drugs. The list of possibilities is long, but suffice it to say that many serious complications, some of them life threatening, may result from using these medications. In addition, many of these drugs are addictive, especially in adults who generally are prescribed higher doses. Last, but not least, it gives the suggestion that “a pill” will always make everything in life seem okay.

I believe those with ADHD, both children and adults, are much better served through natural therapies such as behavior therapy, family therapy, full body cleansing and detoxification, natural supplementation, healthy diet and possibly support groups for both those who suffer with ADHD and their families. Dealing with ADHD is not easy, and at times it can be a huge burden to bear, especially as a parent of an ADHD child. But addressing the issues in an informed, compassionate manner, with the support of other knowledgeable empathetic persons, is a far better option than drugging up children with dangerous substances that do nothing to get to the behavioral roots of the concern.