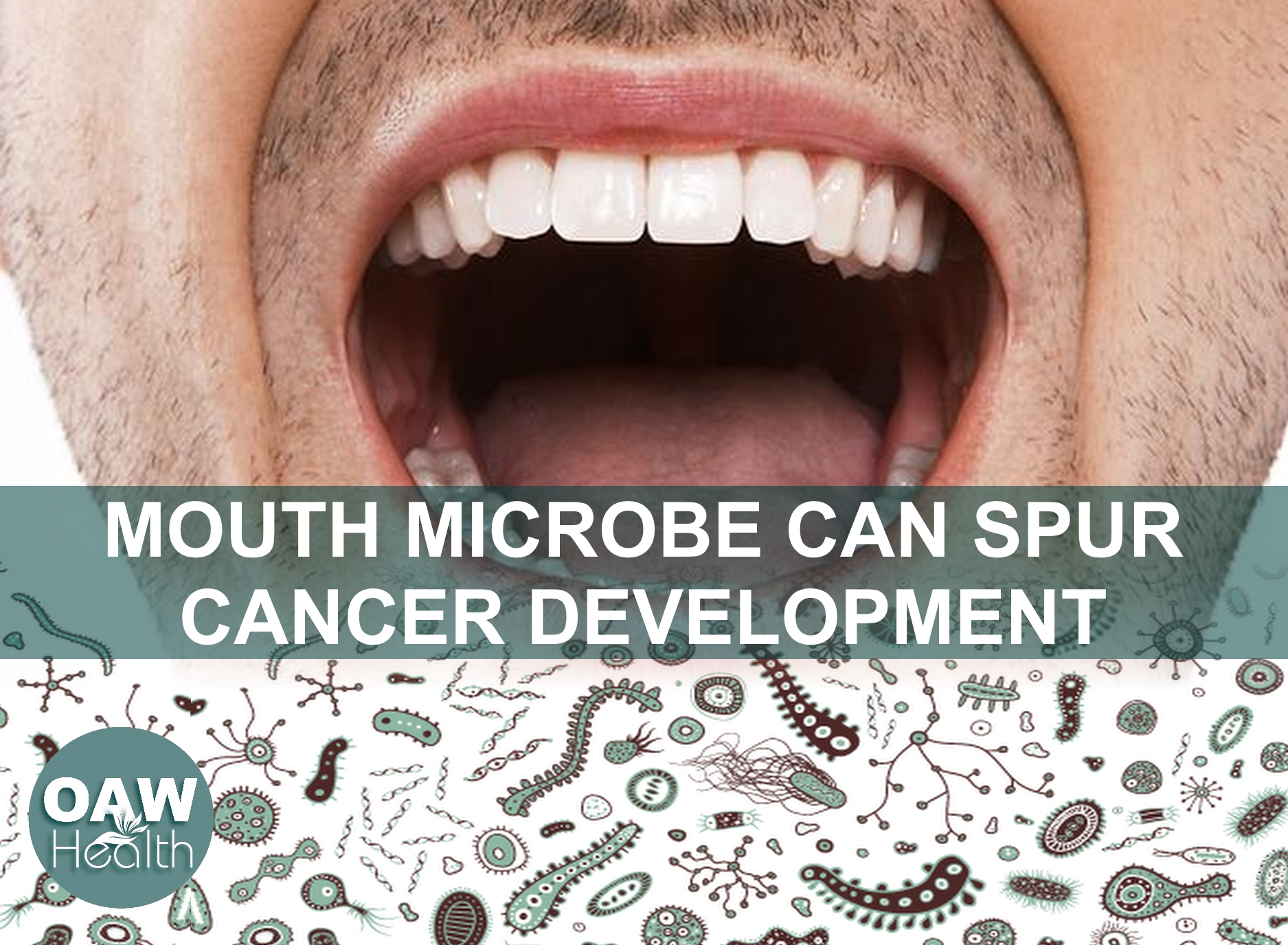 According to an article posted August 14, 2013 by The Scientist, just about all people carry a mouth microbe that has the potential to spur the development of colorectal cancer.  The information comes from an article entitled Mouth Microbe Turns Carcinogenic authored by Tracy Vence. This is very interesting information showing how an oral microbe that can cause periodontal disease and is also found in the gut has the ability to give rise to activities that promote the growth of colorectal cancer.

What is the Mouth Microbe Fusobacterium Nucleatum?

Fusobacterium nucleatum is a Gram-negative oral commensal microbe, but it has the potential to become pathogenic, occasionally causing periodontal disease. In October 2011, two separate teams from Canada’s BC Cancer Agency and the Broad Institute in Cambridge showed that the bacterium could also be found in the gut, where its abundance was associated with colorectal cancer. Now, two new studies present functional evidence to help explain how F. nucleatum spurs the development of cancer.

“It is usually impossible to infer whether microbes are causative or opportunistic colonizers without functional studies,” said Robert Holt, who led the BC Cancer Agency team that in 2011 reported an association between F. nucleatum in the gut and colorectal cancer but was not involved in the present studies. “Identifying an infectious origin for disease almost always starts with observing an association between the presence of a microbe and the presence of a particular pathology, but an understanding of causality—or lack thereof—requires the gradual accumulation of experimental and epidemiological evidence,” such as that reported today.

The Washington University School of Medicine’s Gautam Dantas agreed that the new work helps distinguish cause from consequence. “Is an observed altered microbiome state in a diseased individual the cause of the disease, or a symptom?” Dantas, who was not involved in the studies, wrote in an e-mail to The Scientist. The papers published today “report on significant strides towards . . . identifying the mechanisms by which a human commensal bacterium, Fusobacterium nucleatum, promotes colorectal cancer.”

Oncologist Wendy Garrett, coauthor on the Harvard study, told The Scientist in an e-mail that interactions between fusobacteria and immune cells in the tumor microenviroment are what ultimately lead to cancer. “When we fed fusobacteria to mice with a genetic susceptibility for developing intestinal tumors, we found more tumors and more invasive tumors developed . . .  as compared to controls,” Garrett said. “This was interesting because the mutation that the mice had is shared with human cancers and precancerous lesions of the GI tract.”

In the mouse model of intestinal tumorigenesis her team used, she added, fusobacteria seemed to cause several kinds of immune cells to associate with the tumor, though none of the type that help the body shrink such malignancies. “The immune cells we found in tumors of mice fed fusobacteria were immune that are well known to promote tumor growth and spread,” Garrett said.

Meantime, Case Western’s Yiping Han and her colleagues pegged down the interactions between F. nucleatum and tumor microenvironment, identifying a specific cell-surface component of the bacterium that enables it to induce inflammation and oncogenesis. This component, an adhesin called FadA, binds E-cadherin on colorectal cancer cells to activate β-catenin singaling within them, differentially regulating inflammatory and oncogenic responses, the team reported.

The researchers also identified the FadA-E-cadherin binding site and designed a synthetic peptide derived from the same region of E-cadherin. When they administered the peptide to human colorectal cancer cells, they found that it abolished cell growth, as well as oncogenic and inflammatory responses. The synthetic peptide, which presumably blocked the binding of F. nucleatum’s FadA to E-cadherin, “shut down all the adverse responses,” Han said.

The researchers said their work points to FadA binding as a potential diagnostic and the E-cadherin binding side a potential therapeutic target for colorectal cancer, though much work remains to be done.

For starters, further research is required to fully ascertain F. nucleatum’s role in promoting cancer. “Fusobacterium nucelatum is well known to be highly interactive with other bacteria, and it is probably unlikely that it is acting alone in the context of colon cancer,” said Holt. Moreover, he noted that fusobacteria vary. Some strains are more virulent than others, and could therefore be more carcinogenic.

Han, too, was quick to point out that F. nucleatum itself is unlikely to be silver bullet for colorectal cancer. “We have evolved beyond the stage of ‘one bacteria, one disease.’ I think we will still find those keystone pathogens that play a key role in those diseases, [but] with microbiome studies . . . mechanistic studies are very important,” she said.

“Just about every person has fusobacteria in their mouth and thankfully not everyone develops colon cancer,” Garrett said. “We need to develop a well-nuanced understanding of what and how fusobacteria function to potentiate the development of colon tumors.”