Rosacea – What You Need to Know 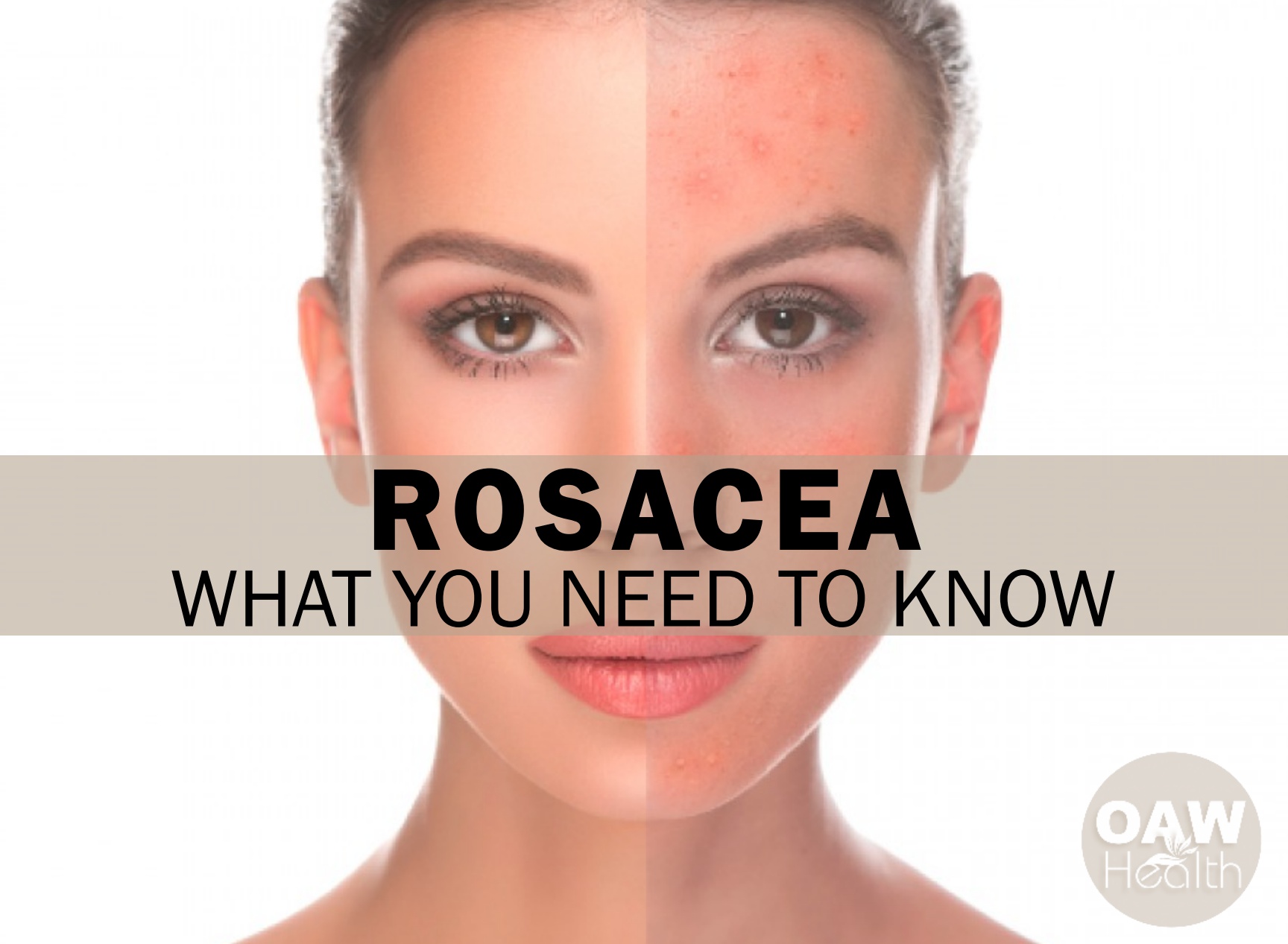 If you consistently struggle with a red face, blemishes or tiny, spider-like veins on your face consider the possibility that you may have more than a persistent case of acne, especially if you have outgrown your teen years and are a thirty, forty, or fifty-something. You may have a condition called rosacea, a common skin disorder that is sometimes confused with acne. Over the years, rosacea treatment has focused anywhere from conventional antibiotic treatment to naturally balancing the gut flora.

Rosacea is a progressive inflammatory skin disorder that causes facial redness and blemishes. For an estimated 16 million Americans, rosacea is a reality of everyday life. Rosacea used to be mistakenly referred to as “acne rosacea” or “adult acne” because of the similarity of some of its symptoms to acne. However, rosacea and acne are two distinct and separate conditions. The major difference between the two is that acne exhibits blemishes called whiteheads and blackheads, while rosacea does not. Some have likened the appearance of rosacea to sunburn.

The characteristics of rosacea include a red face, flushed skin, pimples, and the appearance of tiny, spider-like veins on the skin (telangiectasias). Most symptoms appear on the face, but some people experience rosacea outbreaks on their back, scalp, arms, legs, and neck. The characteristics of advanced stages of rosacea usually include facial swelling and the nose may take on a bulbous appearance (rhinophyma).

Rosacea is considered a chronic condition most often found in fair-skinned adults between the ages of 30-60. It is thought to affect more than 16 million Americans. Women have a three times higher incidence of rosacea than men, but men’s symptoms tend to be more intense and more highly visible. In most individuals, rosacea is cyclic in nature, meaning that it can flare up for weeks or months at a time, and then disappear until the next episode.

What Are the Symptoms of Rosacea?

There are actually four different subtypes of rosacea, although some people will have symptoms from more than one subtype at a time. The four types of rosacea are:

The cause of rosacea is not known for certain, but there are several theories that provide clues to the puzzle:

Anything that causes blood to flow to the surface of your skin can contribute to rosacea:

What Rosacea Treatments Are Available?

The best natural recommendations I can give for treating rosacea are those mentioned above:

The alternative is to go with what mainstream medical is pushing, and frankly, they offer some pretty scary options.

Since inflammation that appears on your skin can be a clue that you’re experiencing inflammation within your gut, identifying food triggers is an important first step. The best way to tackle rosacea at its root is to approach your diet in a different manner such as focusing on anti-inflammatory foods and removing common allergens (at least temporarily to track reactions) can make a huge impact on skin disorders by positively affecting gut health and getting rid of yeast and bad bacteria. Other things you can do are to wear a non-toxic sunscreen every day; use natural skin care products; control your stress levels; try natural supplements and herbs that help with inflammation, speed-up circulation, and fight bacterial growth.

If you are suffering from rosacea, I highly encourage you to look for things you can change to get your lifestyle under better control. Your skin health will improve as you begin to get healthy from the inside out. Just take it one step at a time. Are you incorporating exercise and consuming a plant-based diet in your life every day? Would making some important lifestyle changes help you experience better skin health and overall health? When was the last time you cleansed your body? Often these are important factors in experiencing optimum health and wellness, but not always. At any rate, if your current lifestyle choices aren’t putting your skin health where you desire it to be, I suggest making a decision to further check out the health information in this article and others at www.OAWHealth.com. Dealing with everything that comes with being unhealthy and unwell is not easy, but the good news is that any health situation can be improved and even eliminated. You are also only one decision away from beginning a journey that could change not only your health but your entire life! I wish you much success!

Skin microbiome and skin disease: the example of rosacea.

Factors That May Trigger Rosacea Flare-Ups