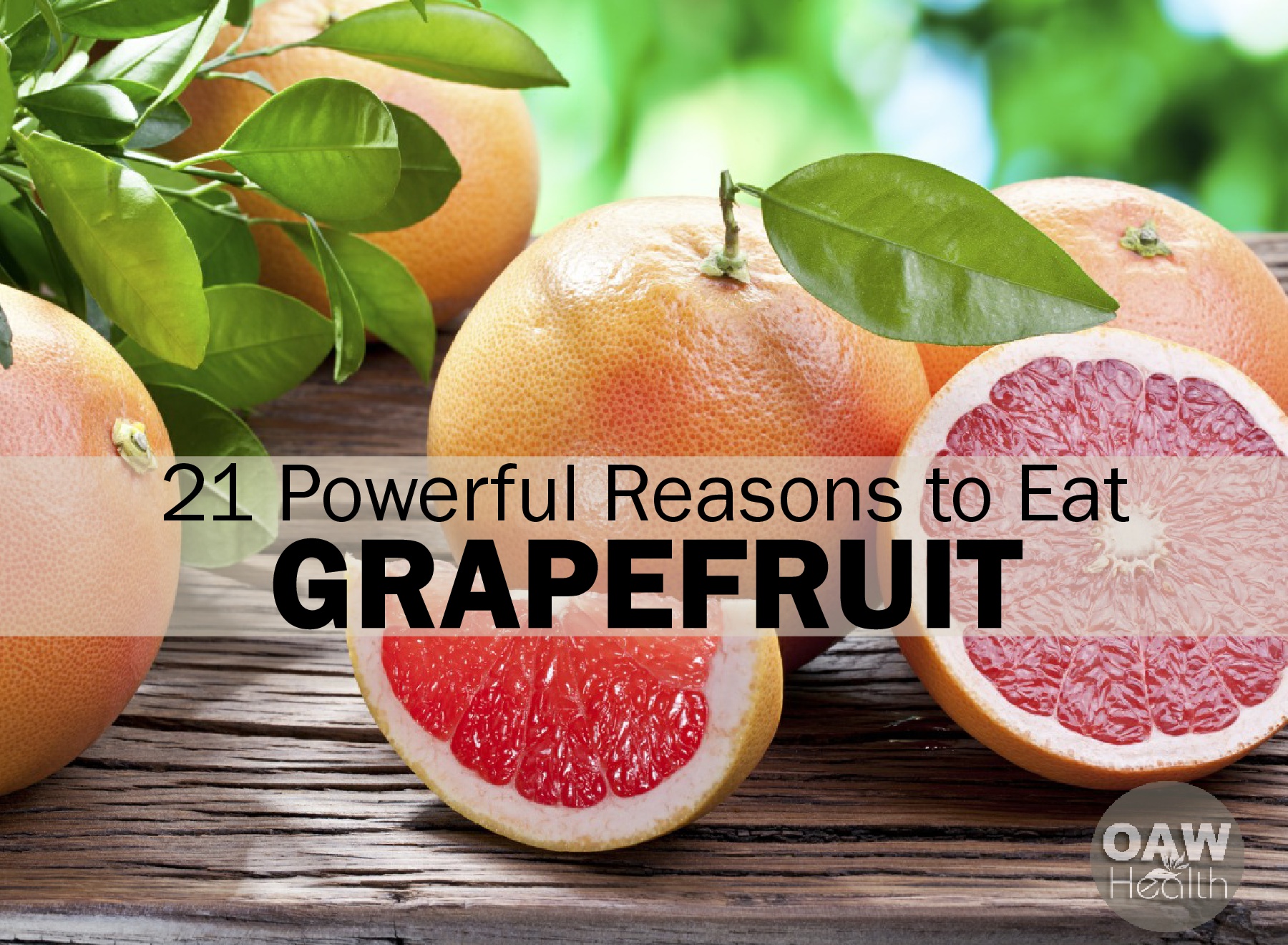 From supporting your immune system to improving your cholesterol levels, there are many powerful reasons to eat grapefruit. Grapefruit contains a juiciness that competes with that of the popular orange and shines with many of the same health benefits. Grapefruits are about 75 percent juice. The average grapefruit produces almost two-thirds of a cup of fresh-squeezed juice, which retains 98 percent of its vitamin C in the refrigerator for up to a week. Texas, Florida and California are known worldwide for their groves, but grapefruit originally came from Barbados where they were dubbed “the forbidden fruit”. Varieties of grapefruit include Ruby Red, Star Ruby, and Pink, among others. Although grapefruit is available all through the year, they are in season and at their very best in taste and juiciness from winter through early spring.

Another study indicates that eating grapefruit can lower the risk of developing kidney stones. Limonin, another phytonutrient, suppresses cancerous cell and tumor growth. The pectin in grapefruits stops hardening of the arteries and lowers the LDL or “bad” cholesterol, in fact reducing it dramatically in a matter of days in even low amounts. And the flavonoid naringinen, inhibits hepatitis C virus, repairs DNA in prostate cancer cells and may prevent dyslipidemia (high blood cholesterol) and diabetes. 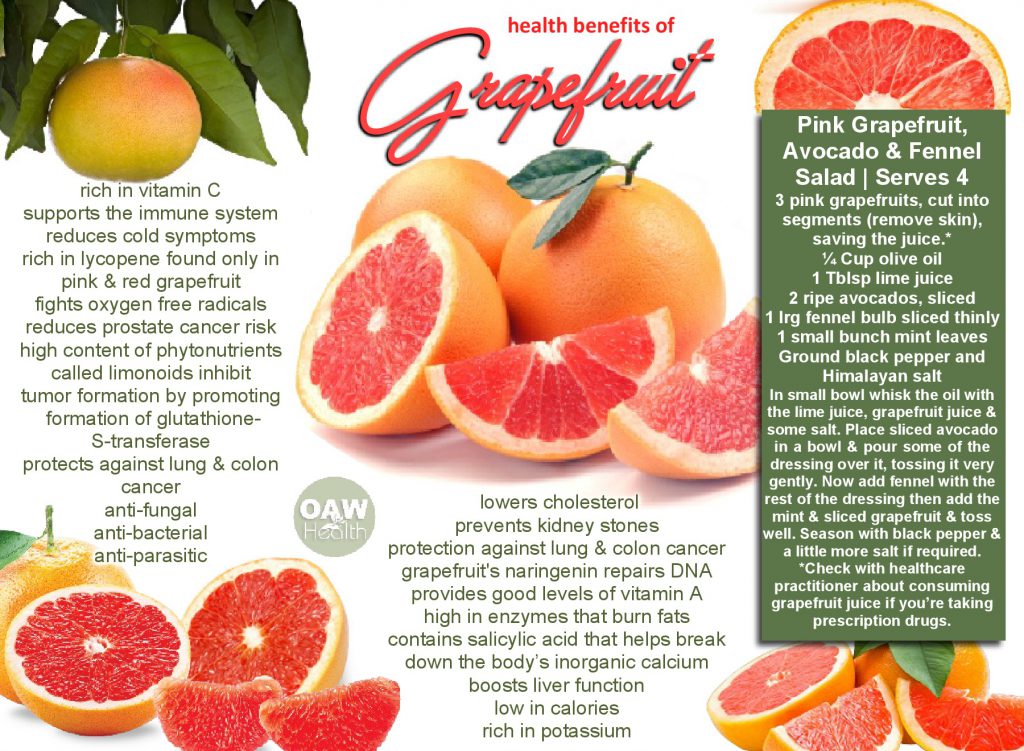 Grapefruit, limonin, grapefruit pulp powder and the flavonoid naringen (similar to naringinen) were examined in another study for their abilities to subdue the proliferation of and programmed death of colon cancer cells. Results indicated that only untreated grapefruit and limonin suppressed carcinogens or raised the cancer cell-neutralizing index. Scientists concluded from these findings that eating grapefruit may help inhibit colon cancer development.

An average half of a grapefruit is about 75 calories.

In small bowl whisk the oil with the lime juice, grapefruit juice & some salt. Place sliced avocado in a bowl & pour some of the dressing over it, tossing it very gently. Now add fennel with the rest of the dressing then add the mint & sliced grapefruit & toss well. Season with black pepper & a little more salt according to taste.